November 08, 2012
Now those of you that have been to Lake Louise will know that the experience is somewhat bitter sweet as you have the majestic lake surrounded by towering, snow capped, mountains and then a (in my opinion) hideous eye sore that is the "Chateau Lake Louise" hotel - a monstrous, sprawling, complex that seems to draw the eye away from the stunning scenery if you are unfortunate enough to catch it in your peripheral vision.

But lets not get bogged down by the hotel!  The lake itself is pretty amazing, located in Banff National Park around 5km away from the Hamlet of Lake Louise and named after Princess Louise Caroline Alberta the 4th daughter of Queen Victoria.
The lake, like many in the area, takes on the emerald colour from the "rock flower" which is carried into the lake from melt waters that comes from the glaciers surrounding the lake.

We arrived at Lake Louise early on the 18th and this was fortuitous as there were already a few coach loads of tourists taking pictures and milling around the shore area between the hotel and the lake.  So we took a stroll along the lake side for a short way and took the obligatory pictures and then headed back to the car for out trip down the highway to Takakkaw Falls... 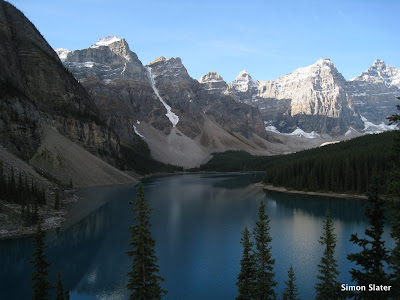 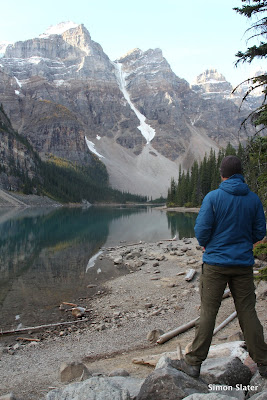 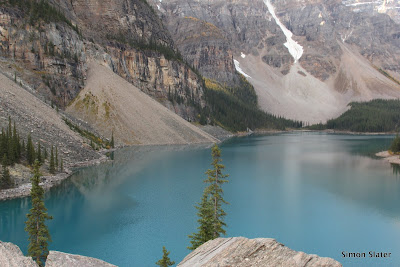 Located just of Highway 1 (Trans Canada Highway) a few km from Field, the Takakkaw Falls (Yoho National Park, BC) is the second highest fall in Western Canada with a "top to base" height of 384m - the actual free-fall is "only" 254m but don't let that put you off(!) it's still an awesome sight and one that you can see from a long way off - making the close up sight even more impressive.

Loosely translated, it's meaning in Cree is "it's magnificent" and that's pretty much spot on!  The sound and sight of the water crashing into the bowl and then down into the rocks at the bottom is almost mesmerising and it's easy for time to slip away while you're standing looking up while thousands of gallons of water from the Daly Glacier fall hundreds of meters to flow into the Kicking Horse river.

It's only a short walk form the car park area to the base of the falls although there are a number of trails that start (and finish) from this area - one of which, the Iceline Trail, we walked later in the trip. 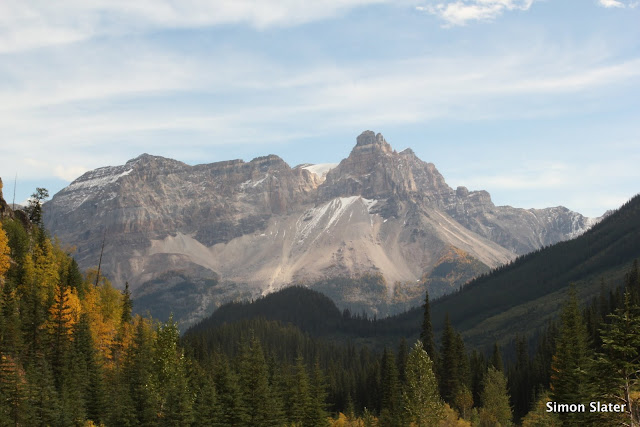 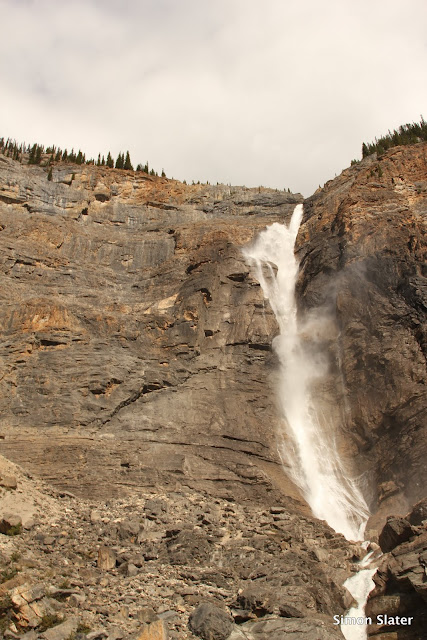 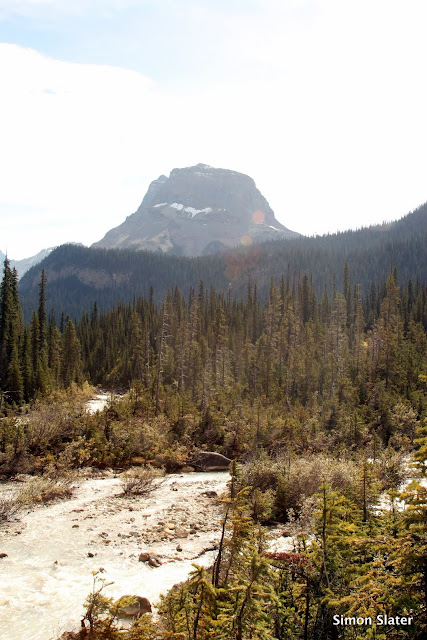