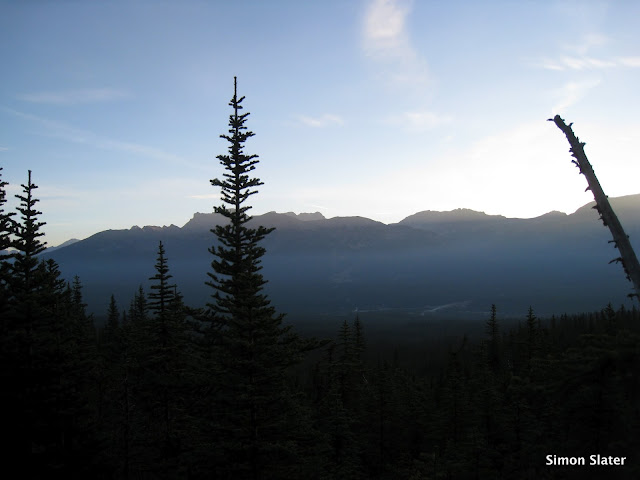 Standing at an impressive 2,744 meters above sea level Fairview Mountain was our first "real" mountain hike - no cable cars but as you start from the Lake Louise car park there are plenty of tourists around and we opted to start early for our "summit bid"!

6am dawned clear, crisp and cold and we cooked breakfast in down jackets under the stark light of our head torches - then, with coffee mugs steaming we headed off for the short trip in the car to the Lake Louise car park.

As we kitted up for the walk the words of our Scottish mountaineering skills instructor, Ron, sprang to mind: "be bold, start cold". Now this may seem a bit clichéd and daft to a fair few people but walking up mountains generates a lot of body heat and that, coupled with the day time temperatures that we were experiencing,  makes for a very unpleasant experience.  So shivering slightly we headed off on the well marked track to the Fairview Mountain summit... 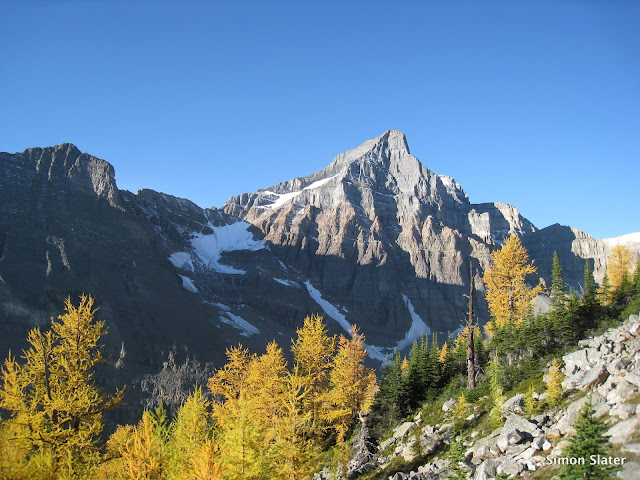 At this point it's probably worth running through a few "stats" on the mountain, as their fairly impressive - well they are for those of us who usually frequent the rolling hills and forests of the South of England!

Fairview Mountain is 2,744m above sea level and the trail from the car park at Lake Louise is a 5km each way with an elevation gain of a nice round 1000m - the first 3.5km to the Saddleback (via some torturous and really mind numbing switchbacks) gains around 600m of elevation with the last km gaining around 400m, made all the more difficult due to the lose rocky terrain and lack or marked path; up to the Saddleback the trail is clear, marked and well defined.
The mountain is also nicknamed "Overtime Mountain" as, apparently, a fair few people decide (for reasons totally unknown to me after looking at it on the map and in person) decide to try to "short cut" down the North Face of the mountain - directly to Lake Louise - and end up spending the night on one of the many ledges and needing an expensive rescue the next day! 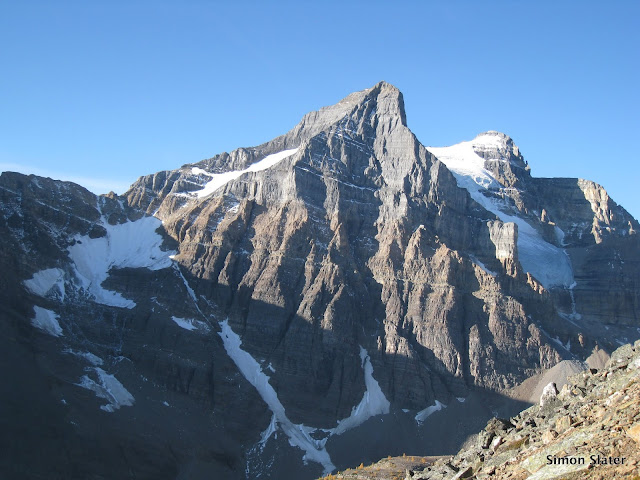 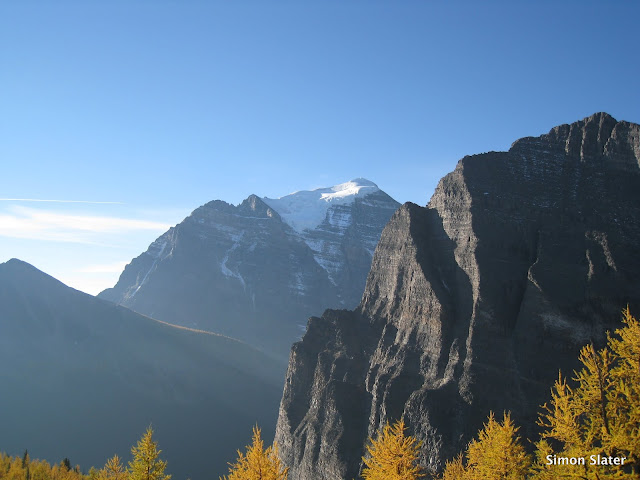 The walk through the sub-Alpine, via the switchbacks, is fairly steep and at times feels a bit repetitive but the constant sounds and sights of wildlife should be enough to keep you entertained until you reach the saddleback. 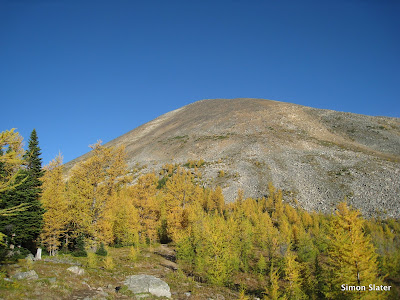 From here you can see the bleak, scree slopes of Fairview itself and the eagle eyed will be able to pick out a faint path winding its way across the rocky ground towards the summit. 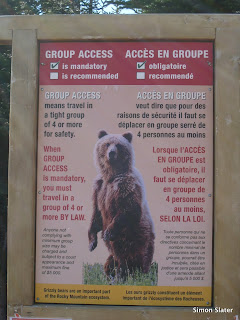 You are also reminded that you are firmly in bear country and the other path away from the Saddleback is out of bounds in berry season for groups of less than 4 people.  You're also advised to carry bear spray (which we were for the whole trip) even though you should hopefully never use it - as an Englishman who's not used to encountering anything more dangerous than a mosquito when out walking the idea that you need this takes some getting used to but I've read enough bear stats to not argue!

The last 1.5 (ish) km's to the summit is really hard going but you are rewarded with some amazing views of Mt Temple and Mt Victoria. Once up there all that's left to do is sit down and take in the scenery - oh and have some lunch as you'll definitely be in need of some by then!