Both the end, and the beginning 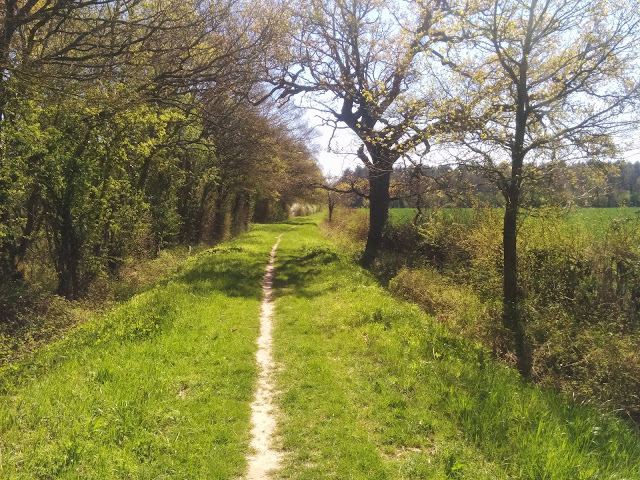 So, after all that planning, preparation and training the niggle in the back of my mind had become reality - we were going to have to pull out of the 3 Crosses walk, because of me.

Now I wouldn't say that I'm not or can't be a team player but I don't really like any team sports (watching or doing) and the activities I prefer are those where I'm in control; cycling, walking, swimming climbing - you get the idea, and I think that's because if I "fail" then it's my fault.  I';m happy to blame or chastise myself but I don't want to have that feeling of "what if they had been quicker or fitter".

As selfish as that sounds (and I know it does!) it's just the way it is and it's the reason that it took me a few weeks longer that it should have to pluck up the courage to speak to my wife about us having to pull out of the 3 Crosses walk and that I'd not be taking part in the Ben Nevis Triathlon - I hate to think that we'd fail or perform worse than expected, not only because of me but something that I know IS going to be an issue.  My knee

On the last few long training walks (which aside from the pain I'd really enjoyed) I'd suffered from pain behind my left knee cap and the last walk (25 miles from Stockbridge) the pain in the last 5 miles had been excruciating and stayed with me for over a week afterwards.
Subsequent trips to the Physio suggested the presence of scar tissue and the need for certain exercises, strengthening and massage to aid in the recovery but that walking 53 miles in the 24 hour period was not going to be a great idea.

Now while walking long distances aggravates my knee, swimming and cycling don't have this affect and swimming actually helps to build up strength so it was with this in mind that Donna decided to sign us up for the sprint distance element of the Huntsman Triathlon in October 2015.

"A Triathlon, really?" was my first response followed by "yeah, go on then it'll be something to train for and something we can do together" - and so it begins again!

Now for those of you that don't know (and I didn't really before looking into it) there are a number of standard distances in Triathlon starting from Super Sprint and up to (and beyond) Ironman;


While Sprint distance may seem fairly short it's worth bearing in mind the following two things; 1) I've never swum in open water before, at any distance and 2) while I can comfortable cover all the 3 distances in the 3 discipline I've not had to do them back-to-back and in race conditions - so Sprint seems a good place to start!


As mentioned above, what I don't know is how I'll cope with doing all of these together with the "unknown" element of the dreaded Transition in between (this is the change over between Swimming and Cycling (T1) and then between Cycling and Running (T2)).
But that's part of the challenge and something to work towards.

So Donna and I are, once again, in training and so far really enjoying it.  My upcoming cycling events (culminating in August with the 100 mile London-Surrey) are providing me with lots of reasons to cycle and swimming during lunch breaks at work is a weekly occurrence - although both Donna and I need to get to some open water to practice this and Scotland in June will give us a great opportunity to do this in our (far too snug) Tri wetsuits.

My challenge is the running...  As I said it'd my weakest element and the area that I need to really push myself to both do and improve at - nothing like a challenge eh!

One of my weaknesses when it comes to the outdoors and fitness, as those who know me will attest to, is a love of gadgets - as sad as it may be I do love a training plan and a spreadsheet to measure results!

My Garmin Forerunner 920XT alongside my Garmin Edge 800 (can you see a pattern here?!) tick the box in pretty much every category going when it comes to functionality, reliability and the ability to record, report and analyse activities - combining these with Garmin Connect (view and follow me here) and Strava for activity tracking and the cracking Ride With GPS for route planning is a little bit like panacea to me.

So, watch this space for updates, learnings, lessons and hopefully positive updates on this challenge - if nothing else it's giving Donna and I something to aim for together and, when we can, a reason to train together which since the birth of our daughter 14 months ago has been something we've both missed.
3 crosses ben nevis triathlon cycling garmin garmin connect huntsman triathlon open water swim ride with gps running strava swimming training triathlon
Location: Hampshire, UK