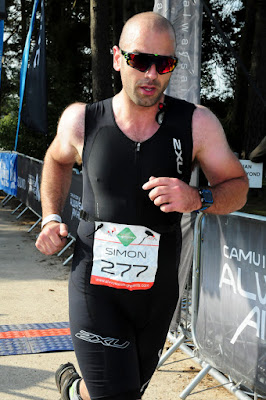 Now this may seem to some to be something of a step too far, a massive leap if you will, from the finish line of the Huntsman Sprint Distance Triathlon in October 2015 to a full Ironman - and the majority of the time I'd have to agree with you.  There is however slightly more to it that it first appears;

And so the training starts, well has already started to be honest but not quite as effectively as I would have liked thanks to a pulled muscle/lower back pain and 2 or 3 colds - thanks go out to my darling daughter who's ability to pick up and pass on every single germ going is beyond amazing!

But I do have a training plan and I also have a number of runs, rides and triathlons booked in for this year to take me through to September and to compliment my training;


I'll be honest the run is the worst part for me.  I actually really want to enjoy running, I just don't. But the best decision that Donna ever made for me was to join Hedge End Running Club and their Triathlon club (HERC Tri) - being a part of a club was initially about meeting more cyclists in the area who could push me but it evolved into Ironman and everything that goes along with it.

It's a challenge, it's personal, it's pushing yourself to see what is possible and for me that's it - there's nothing but me; my time, my finish line and my Ironman
achievement cycling goal hedge end running club HERC herc tri huub ironman marathon mindset nutrition open water paleo running spin swimming training triathlon weymouth zoot
Location: Hampshire, UK