Showing posts from July, 2017
Show All

Wild camping in the Black Mountains - a Microadventure 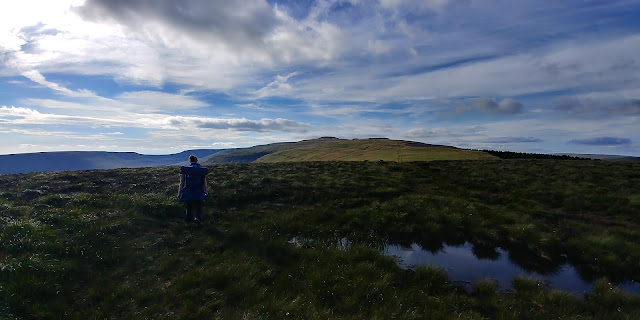 We had 24 hours......
With our daughter staying with her grandparents for the night we had from 12 o'clock on the Friday through till lunch the following day to enjoy our "Microadventure" and the Black Mountains was selected as the ideal place as it's pretty much the closest near mountainous area to us (nr Winchester) and we fancied a high level bivvy.
With 6 hours "lost" to driving we planned a circular route from the Blaen-y-cwm car park (which lies at the top of the Mynydd du Forest (10 miles or so north of Abergavenny) that would take in the peaks of Pen Twyn Mawr (658m), Pen y Gadair Fawr (800m) and Waun Fach (810m) with between 6-10 miles per leg depending on the route we took.

Packing is, for me, half the fun and deciding on the kit to take and trying to remove as much of the unnecessary weight as possible was key for this trip as we wanted to be fast and light and we tried to keep Donna's rucksack down to a 24l bag so as not to put too much st…
Post a comment
Location: 布莱克山 Abergavenny NP7, UK
Read more 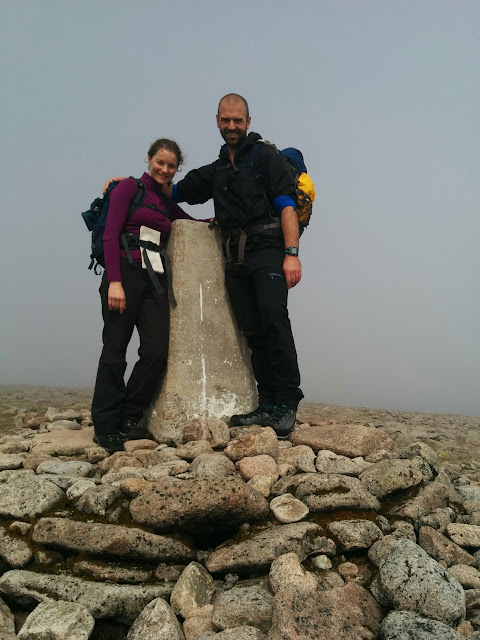 At 1309m above sea level, Ben Macdui is the 2nd highest peak in the UK, losing out to Ben Nevis by 36m, but is also largely unknown to the majority of people - "who cares about the 2nd highest?"
In a world where being 1st is unfortunately, but usually, far more important than anything else, the 2nd highest mountain in the UK doesn't really stand too much of a chance, especially when you have to walk around 10 miles in total to get to the summit!

But, that does mean that there are likely to be far less people on/around it  - a big tick in the box for me!

We'd attempted Ben Macdui before but conditions (wind gusting well into the 90's) put us off, quite spectacularly in fact when a particularly strong gust of wind picked Donna up and deposited her 10 meters or so back along the path forcing us to abandon the walk - a sensible call!

After talking to a number of people we'd picked a slightly different route to the summit, via the Fiacaill Ridge, and the "tradi…
Post a comment
Location: Cairngorms, Cairngorms National Park, Ballater, Aberdeenshire AB35, UK
Read more 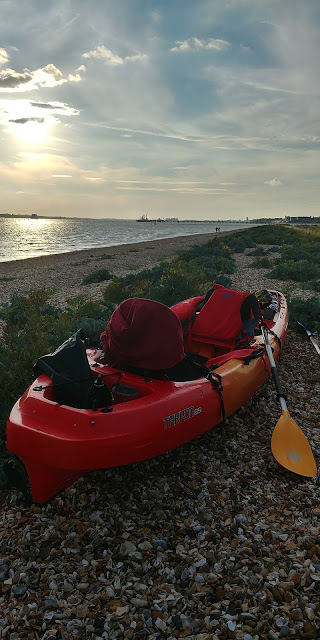 Well the plan was good and simple enough - a paddle from the Rising Sun pub in Warsash, down the river Hamble and then across to Calshot for a cuppa (courtesy of the JetBoil) and back agin.  Easy right?
Not quite so easy as it turned out....
We parked up near the pub after negotiating what is possibly the world's most confusing small car park (badly) and unloaded the kayak on the slipway - all ready for our trip across to Calshot activity centre.
The weather was lovely (20c approx.) but the wind that was supposed to be dropping wasn't - it was still blowing WSW around 15mph and gusting to 20mph; not great for our first foray across the mouth of the Hamble and the busy shipping lanes of Southampton Water but hey, we were ready to go so just got on with it!

Radio checks were made and we paddled out, through the yachts, and towards the mouth of the Hamble and Southampton Water.

Paddling along the large sandbank we started to feel the push of the wind against the boat and also st…
Post a comment
Location: 82 Shore Rd, Warsash, Southampton SO31 9FT, UK
Read more
More posts