Rain, wind and a river crossing! 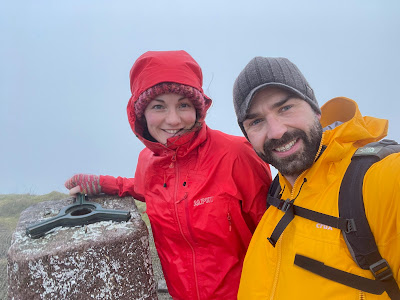 It was 11 years ago that we did this walk, probably around the same time I stopped paying attention to and updating the blog (well, not quite but it feels like it!) - and had I looked back through the blog and realised that before we set off on the walk it would have saved Donna a good half an hour of me commenting on how familiar it all looked on the drive in and how the walk seemed similar to one we'd done before but that I couldn't place it!

We started from the car park at Blaenau, near Llanddeusant which is around 15 mins drive off the A4069 at Pont-Ar-llechau, the car park is reasonably sized and does have 2 portaloo's (clean when we were there) but does get busy.  NB the roads are pretty small and steep in places so take care!
The route is just under 10 miles if you opt for the river crossing (as we did this time) or around a mile longer if you cross via a road/track bridge slightly further up.  The river can get pretty fast flowing after a lot of rain and the stepping stones are pretty non-existent with more than about a foot of water so take care! 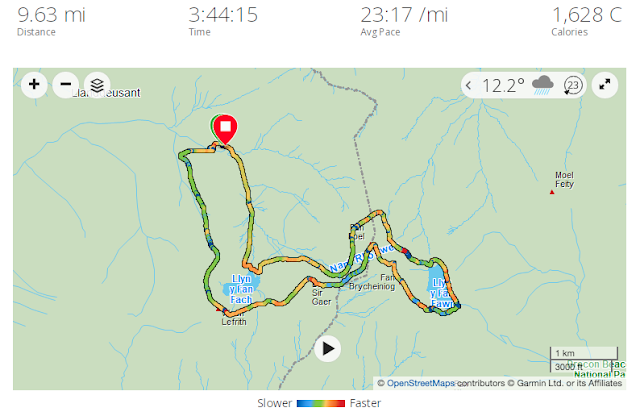 So starting in the rain we headed off across the river, which was high and fast enough for Donna to be wary of crossing and resulted in my piggy-backing her across! (Apparently the nicest thing I've done for her in 11 years - surely not!) and then up the 400m climb from the river to the cliffs of Bannau Sir Gaer which overlook (or would if there had been any visibility) the lake of Llyn y Fan Fach. 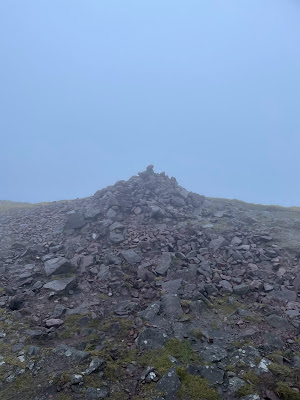 From here the path continues, following the cliff edge that drops steeply down to the lake, along to the first summit, Fan Foel at 781m, before continuing to the summit of Fan Brycheiniog and the trig point, standing at 802m. 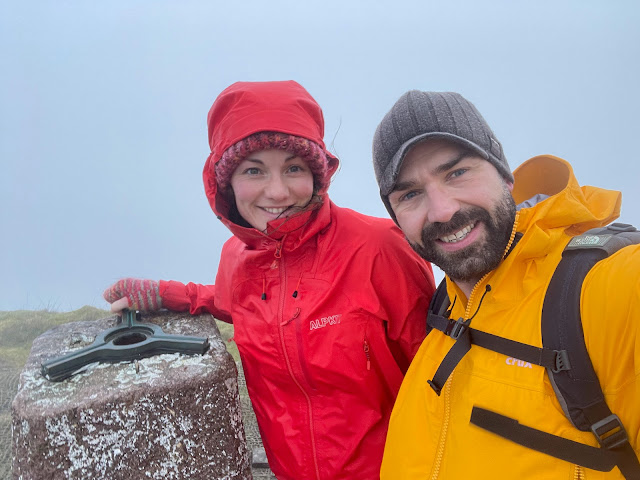 After the summit the path that we took (you can take a longer route along the cliff top which extends the walk by about 6 mile) drops steeply down to the lake of Llyny Fan Fawr before following the contours around to Llyn y Fan Fach - this was our first sighting of the lake as a rare break in the cloud and rain gave us views across to the cliff side. 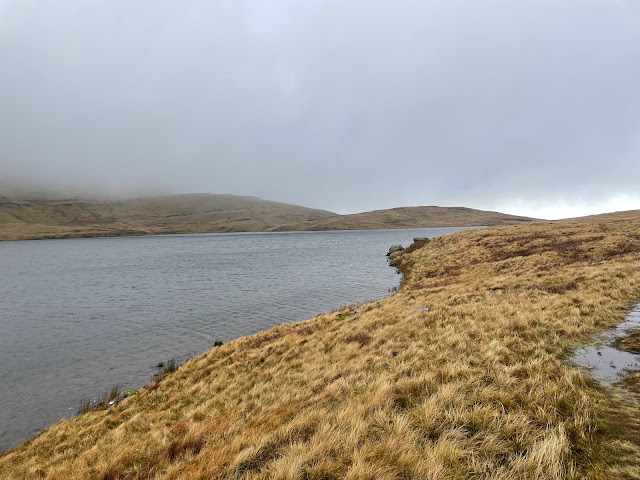 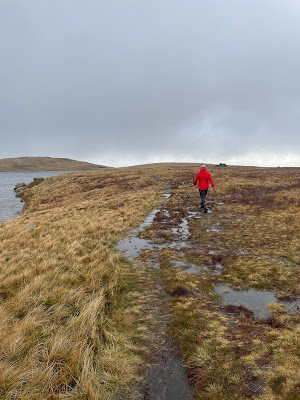 On reaching and rounding Llyn y Fan Fach you pick up a decent, graded, track that passes the hydro and trout farming equipment before returning you to the car park.
Over all the walk is fairly steady going with a reasonable amount of ascent but spread out across the walk so as not to be too severe.  The ground can get boggy in places and fairly muddy so gaiters or waterproofs and decent boots are definitely recommended in the winter or after lots of rain.
crux hiking wales walking
Location: Llanddeusant, Llangadog SA19 9UL, UK